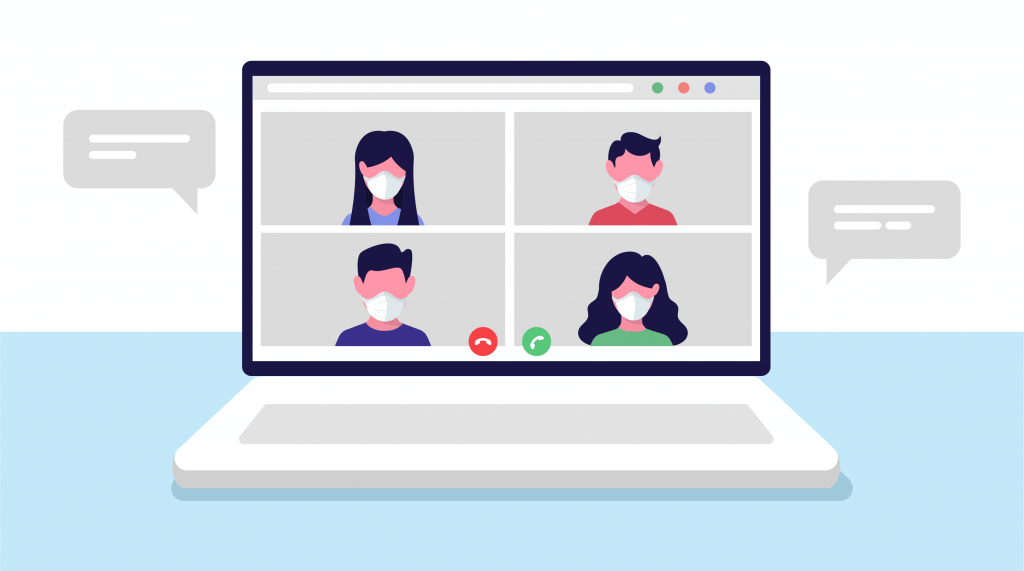 Even though life is slowly returning to normal, we’ve learned some nifty tricks over the last year or so that will stick around for decades to come. Video calling is just one example of a technology that few people used just a couple of years ago but which is likely to stay with us for the long term. So, what’s the best video calling app to use in 2021?

We’ve tested a ton of video calling apps. To make this list, we only looked at options that let you make video calls for free. Of course, you can unlock additional benefits in some cases by paying for a full license. We also made it a rule that any app on this list had to have a mobile version. Many of the ones we’ve chosen are predominantly used on mobile devices. Let’s get started.

Zoom is king of the video call. It has, by far, the largest market share for video calling. That matters because nothing is more annoying these days than getting a link to a video call with an app that you have never used. It’s nice to be able to just click the link and start your call.

Zoom’s widespread adoption means that you can quickly connect with anyone. The Zoom free license offers unlimited meetings, but they have a maximum duration of 40 minutes. One-on-one meetings in Zoom have unlimited time, so if all you need is a way to say hi to mom, look no further.

Zoom constantly updates its platform with new features. Recently, they added tons of emojis and new annotation features. These can make video calls a lot more fun to have. If you need to get down to business, their screen sharing features are the best in the industry.

Zoom has a premium plan that isn’t the cheapest on the market. If you frequently want to call up the whole family, you’re going to get tired of restarting your meetings every 40 minutes. However, that’s a mild inconvenience compared to all of the positives.

Google Meet has been a strong competitor in the video call space. Their solution works on all platforms, including the Chrome web browser. That means that nobody has to install an app to use Google Meet, which makes it far more convenient than other video calling apps.

You get one hour for free if you have a free Google account, or unlimited time for one-on-one meetings. A paid Google account is actually quite affordable and gives you 100GB of cloud storage in Google Drive. As a result, Meet is very reasonably priced if you want to use it constantly.

If you like watching videos online together, Google Meet is one of the best options. Since Google also runs YouTube, any YouTube video you share will stream with perfect quality. Other apps have to stream what you see in a compressed format, making video sharing a bit of a nightmare.

Meet’s feature set is relatively simple compared to other apps like Zoom. However, most users won’t feel overly limited. The simple interface can actually be a blessing when you’re calling friends or family who aren’t as technically inclined.

Skype is far from dead. While Microsoft has been pushing users towards Teams, Skype is still a great way to get in touch. Unlike Zoom or Meet, Skype has chat options and allows you to make calls to landlines or mobile phones if you have paid for calling credit.

Skype runs on all platforms, including Windows and Android. It handles cross-platform voice calls and group calls very well. It’s a one-stop-shop for calling and chat.

Skype has far more generous time limits than other free video calling apps. Skype has a “fair use” policy that grants 100 hours per month to each free user. They cap you at 10 hours per day and each call is limited to 4 hours. While Zoom or Meet do let you make more calls, their shorter duration can be a problem.

Calling international numbers is easy on Skype. If you get some prepaid credit or pony up for a monthly plan, you can make calls anywhere you have internet access.

Skype does require that you install their app. Some participants report that the app can be a bit slow and unresponsive. It works great most of the time, but it may be a bit slow to push new messages or chat notifications.

Google Duo is Google’s answer to Apple’s FaceTime. It’s meant to be a mobile-only solution for video calling. You can make group video calls with up to 32 participants. Even though it targets mobile devices specifically, it does work in a web browser.

Google Duo isn’t limited to Android operating systems. There’s an iOS version as well. It’s a clear message to Apple, which hasn’t yet made its app available to Android users.

Google Duo works on nearly every device under the sun. Family mode allows for fun drawings and interactions. It even works with Nest products. It’s a great solution and is one of the best apps we’ve tested.

Google Duo has a few downsides. For one, it doesn’t have a dedicated Windows version to run on your desktop. While you can use a web browser, this is noticeably slower than using a dedicated program. It’s also not a great option if you prefer to use text chat. It only supports video and voice.

It seems fitting that we talk about Apple and their popular app FaceTime right after discussing Google’s offerings. FaceTime has been around for several years now, and it’s gotten so popular that the word FaceTime itself is practically a generalized trademark like Kleenex. FaceTime is known for its high-quality video and voice calls, and the fact that it’s free is also a nice plus.

You can start a group call in seconds, and like Google, you can have up to 32 participants in a group call.

Apple has made a stellar product here. It just works. People love to use FaceTime, and it’s one of the most popular features Apple has ever launched. Among Apple users, it’s even bigger than Zoom. It truly is a pleasure to use.

We can’t talk about FaceTime without acknowledging its biggest disadvantage. Unfortunately, it’s only available for Apple customers. There is no Windows or Android app available to download. You have to have an iOS device, which really limits how many people can use it. If you’re not one of the “Apple people” then you’re completely left out.

We would love to see Apple change course on this and open up their software to the masses like Google has. However, that seems highly unlikely given how Apple loves to protect its closed ecosystems.

If you’re unfamiliar with WhatsApp, then you’re probably an English-speaking North American resident. The rest of the world loves this app. It does it all: Video chat, free calling, text chat, group chat, and more. You can even share files and photos in seconds.

Although WhatsApp started out as purely a chat application, it has since evolved into much more. Facebook actually bought the company a few years ago and has since expanded its adoption worldwide. It now runs on Android, iOS, and even Windows with a desktop client that lets you manage your messages and make group video calls from your PC.

WhatsApp messenger is snappy and quick to push notifications. Its chat options are unparalleled. Whether you want a group chat or a video chat, you can get it here. You also can configure privacy settings to keep your friends from adding you to other groups or so strangers don’t know if you’ve read their messages or not.

In many countries, the app doesn’t even consume data! This is part of an agreement Facebook has with service providers to allow people to access social media services without necessarily having a monthly data plan.

There isn’t much to dislike. One downside is that if you live in an area where Whatsapp isn’t very popular, like in the US, you might not be able to find your friends or create the groups you want. While video and voice are solid, calls tend to be less stable than the ones you’d make with Zoom or Google.

Facebook Messenger is the most widely used app in the United States for text messages or group chat conversations. It also has calling features, although they’re not that popular. Facebook has tried to add more options to Messenger to make it more appealing, including the ability to share files and find friends more easily.

In the end, it does basic chat things very well. However, it’s not the best performer for video and voice calls. Skype handles everything better. Zoom has more features. Messenger feels like an application that doesn’t know exactly what it wants to be.

Messenger shines when you’re just using it to text your friends or family. It’s easy to make a group chat with your friends and add users with their Facebook profiles. Sharing photos from your phone is pretty easy too. Their “chat heads” feature lets you keep the app open over other apps on your phone, which is great if you regularly message the same person or group.

Facebook apps are also notorious for sucking down battery life and system resources. In fact, there’s actually a “lite” version of Messenger that you can download for better performance and less lag. Few people know about this, but we would strongly recommend it.

Okay, we said seven, but we would be remiss if we didn’t talk about one of the best free options out there. Discord is a service that lets you place video and voice calls, as well as make group calls. It supports chat and group video and can run on every operating system under the sun, including iOS. And it’s totally free.

So why isn’t it on the top of our list? Well, at the moment, Discord is a relatively niche tool. It became popular as a way for gamers to communicate while playing video games. But more people are realizing that it could be a great way to hang out with friends or even manage clients and business users.

No other provider gives you this much without asking you to pay. You can make your own server and invite your friends. A Discord server works like a giant group, within which you can add “channels” that support video, live voice chat, or just text.

You can assign users to a moderator role so they can keep your server orderly. It’s easy to share your screen too.

While everybody knows Google and Zoom, Discord is still a relatively small service. The user interface is also quite intimidating from the start. It can be confusing to new users. But, if you give it time and get to know it, Discord can be the best option for you. It really does do it all.

What are your favorite video apps? Let us know if there’s one we missed or if you’d like us to review one in greater detail! 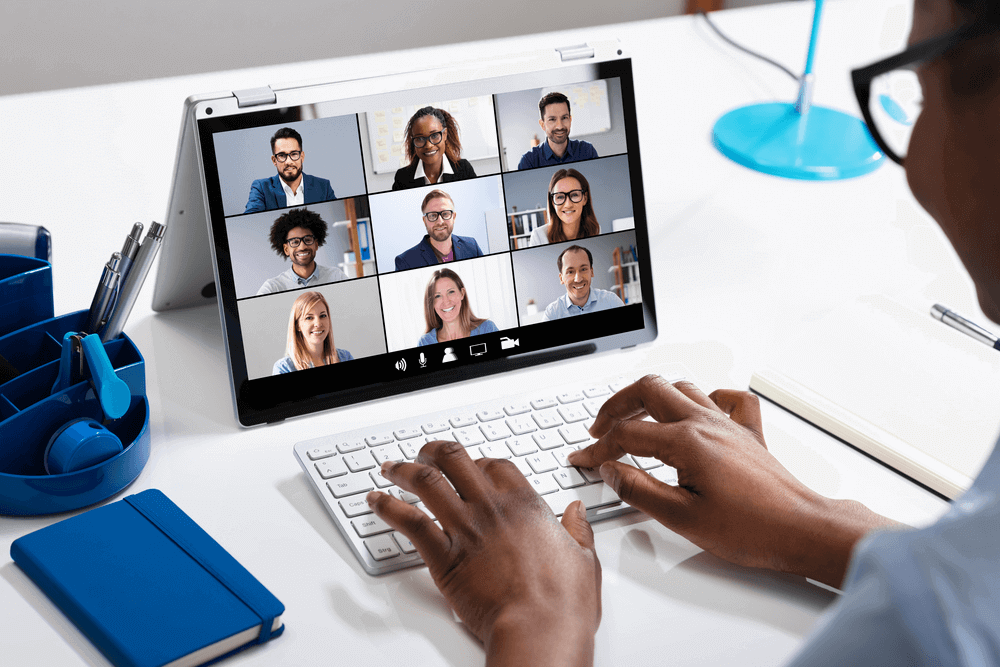 Get Better, Cheaper Web Conferencing With a VoIP Phone Service

Video Conferencing is on the Rise: Benefits and Remote Workforce