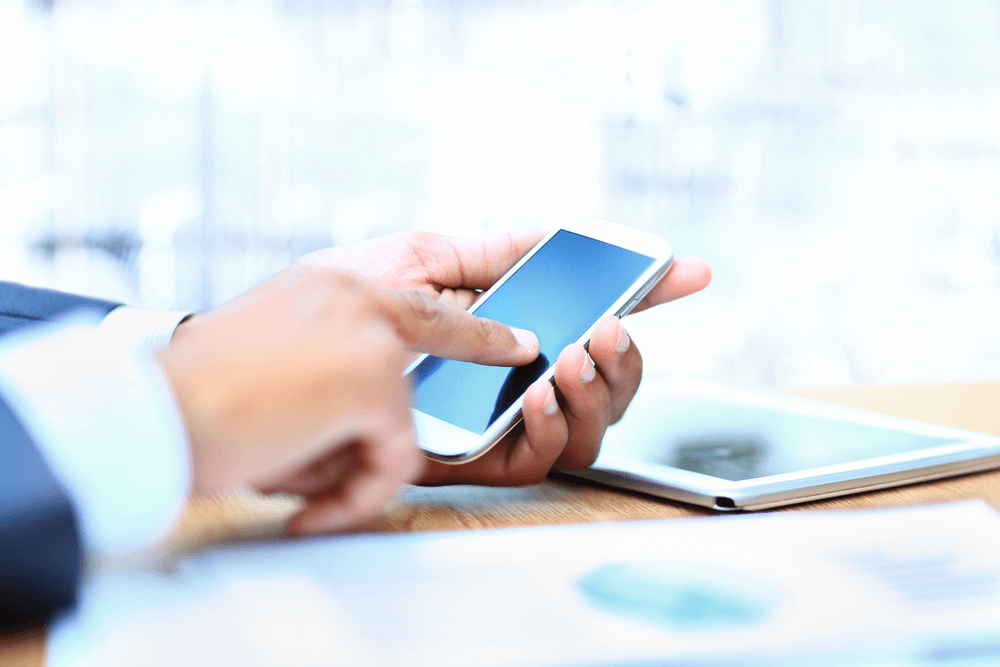 Every VoIP service promises to give you everything you need in a single app, and RingCentral is no exception. Let’s take a look at how it works.

What Is RingCentral Office?

RingCentral for Desktop is available for everyone, even for free plans. But if you want to unlock all of its features, you’re going to need RingCentral Office, which is a paid plan that gives users a virtual phone number to make calls. In addition to calls, you’ll get other features like video conferencing and the ability to send team messages to groups or to send messages to individuals.

You don’t even need to be a paid user to take advantage of some of these features! A licensed RingCentral Office user can invite anyone to participate as a guest. Guests can send text messages and be invited to join a call, but they can’t make their own calls.

Overall, RingCentral Office allows for more team collaboration and it’s a great business phone solution. But how does its desktop app hold up?

Do I Have to Use the RingCentral for Desktop App?

Before we do a deeper dive on RingCentral for desktop, we should mention that RingCentral office has both a desktop and mobile app. If you prefer not to use the RingCentral desktop app, you have a couple of alternatives that you can use.

All of the features of the desktop app are also available on the new RingCentral web app. This gives you all the key features, but you don’t have to download and install anything to your PC. You simply go to app.ringcentral.com and you can open the RingCentral Office app with your web browser. This is a great option if you’re using a Chromebook.

You can also use the RingCentral mobile app to make calls and send messages. You can get the mobile app from your app store or by going to the RingCentral website. While all these other options are available, the desktop app is what we want to focus on since it’s the most complete product RingCentral has to offer.

How do I Install RingCentral?

What Can the RingCentral Desktop App Do?

We’ve touched on the key features so far, but let’s take a closer look at what you can do with the RingCentral desktop app. As long as you have an internet connection, you’ll be able to use all of these key features in real-time. The app works with other users who are using the mobile app too.

Make Phone Calls on Your PC

Obviously, if your company has signed up for RingCentral then it’s pretty likely that you’re going to make a phone call or two through the RingCentral app. With RingCentral Office, you get your very own virtual phone number. You can use this number to make unlimited phone calls to any phone in the United States.

Not only can you make phone calls with a single click, but you can also receive calls to your virtual number. When you get a call, your desktop app will light up and play a ring tone that lets you know it’s time to talk! You can also configure the RingCentral desktop app to forward a call to your mobile device if you’re away from your PC.

Calling on your computer is much more efficient because you can keep your hands free by using a headset, and chances are you’re already sitting at your desk. So, whether you have to be the company receptionist or you’re on the sales team and need to make a call every five minutes, the RingCentral desktop app will give you everything you need to crush your phone calls.

Video meetings are an essential part of working from home, and fortunately, RingCentral for desktop has you covered with top-quality video conferencing and a slew of security features to make sure no unwanted guests storm your meeting. You can start a video meeting or video conference in just one click and invite your coworkers to join in seconds.

Like other features, a video meeting can accept mobile users as well as desktop app users. Everyone can use screen sharing and file sharing within a meeting, although it’ll be much easier to do so within the desktop app. Your video meeting can last up to 24 hours, and the number of participants depends on the RingCentral Office plan you purchase.

The RingCentral app is ideal for sending messages to your coworkers or to groups. You can send a direct message to any other user on the platform, even guests who’ve been invited to join and aren’t part of your organization’s paid plan. This is a great way to interact with clients or third-party service providers.

Create groups of users to send messages directly to a team. For instance, you could have your entire marketing team or sales team or customer support team in a single group, which makes team collaboration smoother. Each group can share files and instantly start a group video meeting or audio call in just one click.

If you have a user that doesn’t particularly like the desktop application or prefers to use other apps, don’t worry, you’ll still stay in touch. You can configure email notifications and even desktop notifications so that any time a user is mentioned in a message, they get a notification sent to them through some other means. This way, you never miss out on the information being distributed in the app.

One of the more useful features is that you can access the entire company directory through RingCentral for Desktop. Every user that’s signed up in your organization, and even the ones you’ve invited as guests, will be put into a central directory that you can use to find coworkers and communicate instantly. You might not think much of this feature, but consider how hard it can be to get in touch when everything is virtual.

If you don’t know your coworkers’ phone numbers, then how do you get in touch? You can’t just walk down to their cubicle anymore and get the information you need. Having the company directory handy solves that problem and makes team collaboration easier as well.

Integrations With Other Software

Even though the RingCentral app is great, we all know that you can’t rely on one app to do everything. File management is best done on a cloud storage system like Google Drive or Dropbox. Sales can be tracked more efficiently on Salesforce. Obviously, you’re going to need Microsoft 365 to do basic business tasks.

The RingCentral app is meant to be a phone service, not a one-stop solution for every possible business activity under the sun. But to make your life easier, they use integrations with other software to help connect your calling platform with your other tasks. For example, you could be working on a Google Doc together and by installing an integration, you could start a video call with the person you’re working with.

Integrations save time because you don’t need to open the RingCentral for desktop app to make the call. You can just click one time from the app you’re in, and you’re ready to go. Now that we’ve talked about the positives, let’s look at the drawbacks.

Disadvantages of the RingCentral Desktop App

Not everything is roses and sunshine in the RingCentral app. For starters, it can be a bit sluggish and slow, especially on older machines. It likes to consume quite a bit of RAM to keep calls clear, so if you’re running an older system with less than 8GB you may run into some issues. In fact, 8GB is the minimum recommended amount.

Customer service has been spotty as well. There’s a big difference between customer support for the regular RingCentral phone service, which most people say is quite good, and the technical support for the app. If you’re having difficulties with the app, you’d better hope your business has a tech expert handy because getting quality technical support over the phone is unlikely with RingCentral.

We can’t totally blame them for this as apps are usually developed by third parties and are just expected to work. There have not been many reported service outages, however. What do you think of the RingCentral for desktop application? 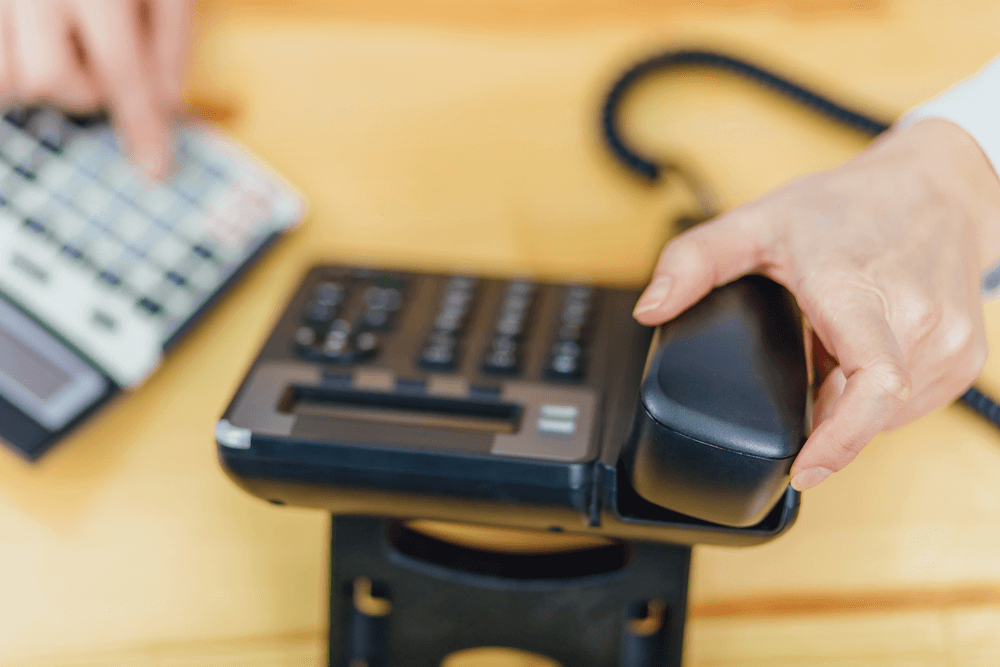 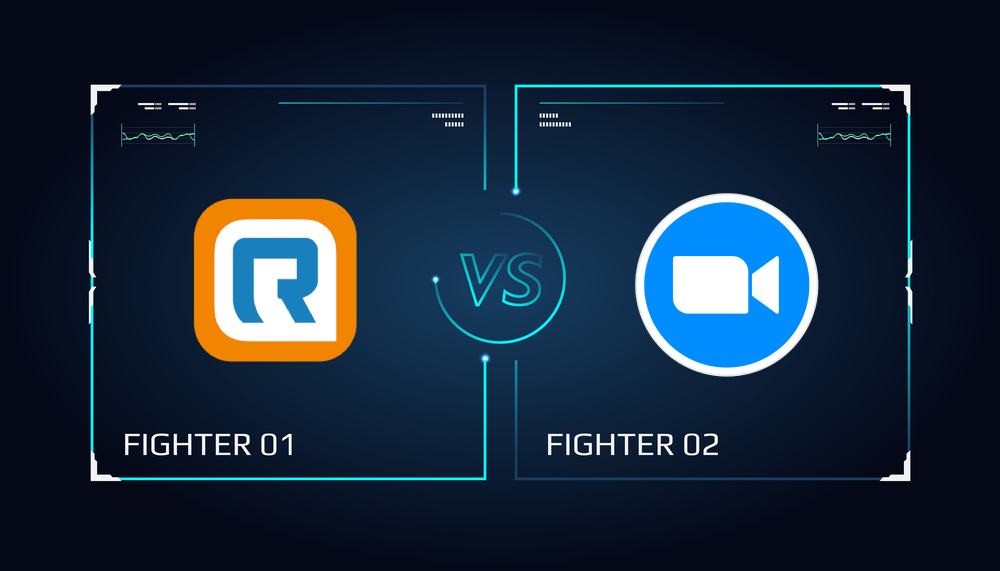 RingCentral Vs Zoom, Which Is Best For Business