Non-Fixed VoIP Numbers: Everything You Need to Know

Most VoIP phone numbers are non-fixed nowadays. While you might come across some red flags and warnings online, rest assured that using a non-fixed number is perfectly safe and is a great way to expand your business or even enhance your personal life. Let’s take a look.

Non-Fixed VoIP Numbers: Everything You Need to Know

To Fix, or Not to Fix

In the early days of VoIP, service providers treated virtual phone numbers in the same way as fixed landlines. A landline is always tied to a real address, since there literally has to be a line running from the street to the building. So even though the phone number would be virtual and run through the internet, they still applied the same rules as they did for fixed landlines.

That meant you had to register with a real address and provide proof of your connection to that address, perhaps with a utility bill or a bank statement. However, it wasn’t long before service providers realized that this wasn’t always necessary and that many people wanted numbers that weren’t associated with addresses.

So the non-fixed number appeared, and today it’s the most common form of VoIP number. https://voipvirtual.com/business/The most popular VoIP services today, like Google Voice and Skype, all use non-fixed numbers. Why did they become the default?

Non-fixed numbers have several advantages. Not only are they extremely easy to set up and start using right away, but since they don’t depend on a physical address, anyone in the world can sign up for one and save a ton of money by doing so.

Once you’ve signed up, you can use the number right away. There’s no delay with non-fixed numbers. Meanwhile, a fixed number service will probably need a day or two to verify your address information and may even ask you to provide identification by scanning your ID or another document.

When you need a number now, non-fixed is definitely the way to go.

Fixed numbers are harder to move around if you relocate since you’ll have to update your address. And if you were to move to another country, the service provider might not even be able to help you. A non-fixed number gives you the freedom to go wherever you please, and you can sign up from anywhere.

This is why travelers absolutely love having a non-fixed number. You can even get non-fixed numbers by using a mobile app on your phone, so you can take your number with you wherever go.

But why bother setting up a non-fixed VoIP phone number when you have a seemingly magic cell phone in your pocket? Well, it all comes down to how much money you can save with VoIP.

By far, the biggest advantage of using a non-fixed VoIP number is that you can save a bundle. We’re talking about a Panamax-sized shipping barge bundle. By using VoIP, you can basically avoid per-minute charges entirely. What’s more, long-distance call costs will become a thing of the past.

Fixed numbers can’t always claim the same. Many fixed number providers have free calls within the country where your address is located, but outside of those borders, you may have to pay more.

But wait! The money savings aren’t done yet. Did you know you can actually get a non-fixed number for free? There are services out there that provide these free of charge, such as Google Voice. Fixed numbers simply cannot compete with the savings that a non-fixed option provides.

Disadvantages of Having a Non-Fixed VoIP Number

Now, not everything about non-fixed numbers is perfect. There are a couple of potential problems with non-fixed numbers that you should know about, however, much of the negative press is overblown and you shouldn’t worry too much. Still, we ought to go over those details to make sure you make an informed decision.

For instance, you could easily trick a fixed VoIP phone number provider by using a false address or P.O. box. While having a fixed number makes sense if you have a fixed location, wouldn’t it actually be more suspicious if you had a fixed number and nowhere to call home? If your business is legitimate, it shouldn’t matter which kind of number you use.

One valid criticism of VoIP phone numbers is that they may be less reliable if you have a serious emergency. You may have read that you can’t call emergency numbers with VoIP, but this actually isn’t true. It’s possible to add on services like E911 for as low as $1 a month. And believe it or not, this service can be even better.

Since you’re using the internet to make the call, an E911 service can forward more information to an actual 911 response center. They can even route a call back to you in an emergency. But what if you don’t want to pay for an extra service?

Fortunately, more companies are providing emergency call services. As 911 operators around the world get better equipment, it’s becoming easier than ever to use emergency services with VoIP. Google even launched an emergency text option available on some Android devices. They send a pre-recorded message along with your information to the 911 center directly.

The One Risk With Emergencies and VoIP

We’ve all had those moments where the internet dies and we’re unable to use our most essential services. Even Google had a massive outage recently that left smart devices dumb and inboxes empty. Of course, the likelihood of you having an emergency at that exact time is slim, but it’s a risk nonetheless.

We would always recommend that you stick to traditional phone networks for emergency calls since they’re extremely unlikely to fail, but if you want to live on VoIP alone, you have options.

How to Get a Non-Fixed VoIP Number

So, with all of that out of the way, how can you get a non-fixed VoIP telephone number? There are literally dozens of providers online these days, but you may want to stick to some of the more reliable options. The two most popular are Google Voice and Skype, and we would recommend both.

Google Voice is free for customers in the United States when it’s meant for personal use. Business plans start at $10, and you get up to 10 users for that price. That’s an incredible deal since you get free calling to the US regardless of where you come from.

And if you do have to pay, Google is far cheaper than most phone plans. You can call other countries for as little as $0.01 a minute!

International users are at a bit of a disadvantage since Google Voice isn’t available in every country. The business plans are available in many European countries, however.

Skype offers a few options for phone numbers. Not only can they give you a virtual phone number in more countries than Google, but their payment methods are also flexible. You can choose to pay via subscription or load your account up with Skype Credit and pay as you go.

It also doesn’t matter where you live. If you have family in Colombia, for example, and you want them to be able to call you affordably, you can set up a number that is based in Colombia and they’ll be able to make as many calls to you as your plan allows. You would only be charged for your subscription, or the local per-minute cost if you’re paying as you go.

Skype is a great option for travelers as well. You can use the service anywhere, even if you’re not in a country where they provide numbers. So while you’re wandering the plains of Kyrgyzstan on your journey to find yourself, you can still use your US number and your family can call you at any time. 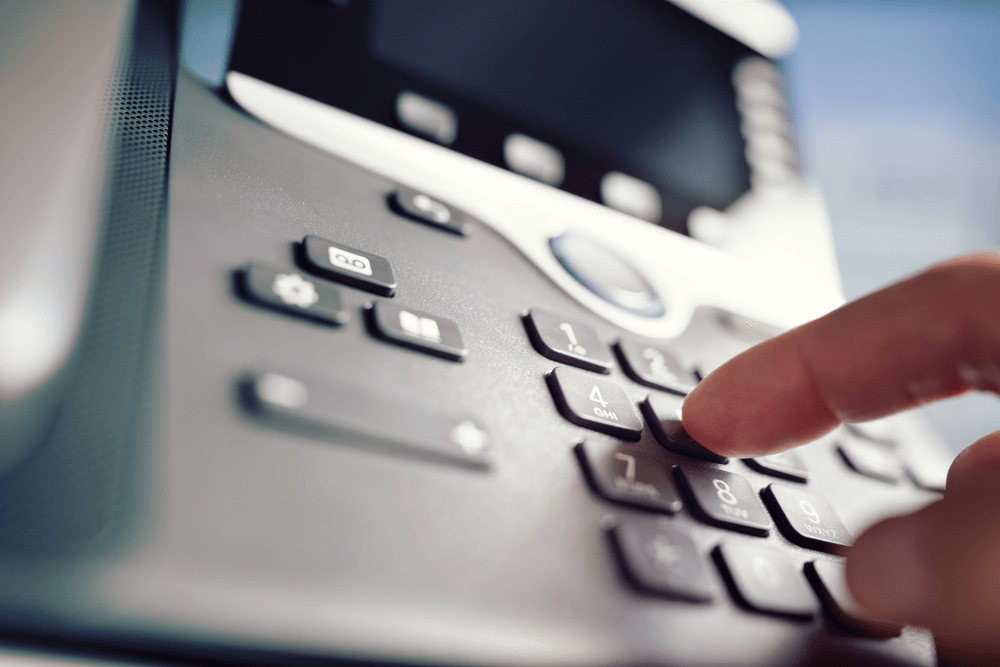 Virtual Phone Numbers: What Are They and How to Get One 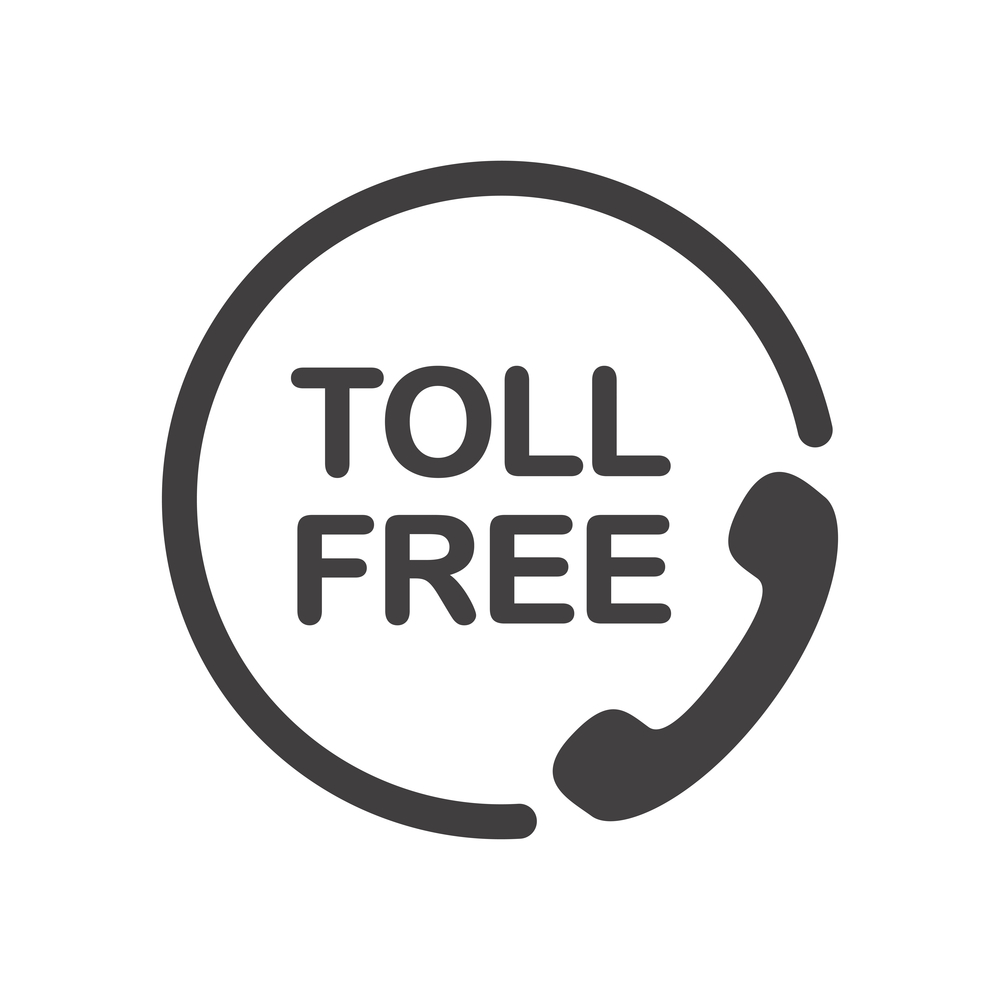 Get a Toll-Free Business Number Today